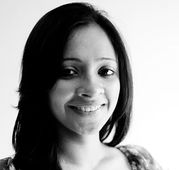 SHIRLEY ABRAHAM
Director, Producer, Sound Recordist, Editor
Shirley came to love the movies because she was prohibited to watch them. There used to be a movie on television on Saturday night but the children were bundled into bed for the Sunday church service. She was scared to be on the wrong side of angels when they separated the wicked from the just on Judgement Day. The first film she saw happened to be ‘The Angel’. She was watchful, covering the television screen with a dark cloth and peeping in, so the escaping light wouldn’t betray her. The film showed her the benign side of the angles that the Bible had warned her against.
Interested in how cinema can give form to the many faces of the human imagination, Shirley began to make movies. She has directed documentaries for the Guardian, Al Jazeera English and Doordarshan India. Her work is supported by the Sundance Institute, Bertha Foundation, Filmmaker Fund, PMA WorldView and Asian Cinema Fund. She has been a fellow of the Sundance Institute, Cluster of Excellence “Asia Europe in a Global Context”, Goethe-Institut and TasveerGhar. 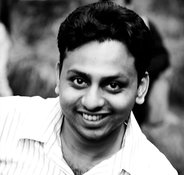 AMIT MADHESHIYA
Director, Producer, Director of Photography, Editor
One winter night, Amit sneaked out of his grandparent’s home in the village. They were screening a movie in the school’s courtyard to celebrate a wedding. He crawled inside the white wedding tent to find his friends, plumes of smoke, and a huge screen lit with images. In the morning, Amit’s grandmother found him sleeping, wrapped in the lose flaps of the tent. She pulled him out of the swathes of canvas and touched his forehead for signs of fever. He was fine and was punished for his indiscretion. All afternoon, Amit worked on compost being prepared to plant mango saplings. Since then, Amit has found the musty smell of the compost indelibly intertwined with his first memories of cinema, rooted deep in his grandmother’s mango orchard.
Amit Madheshiya is a photographer and filmmaker. His photographs have won awards from World Press Photo and World Photography Awards, and have been shown in solo and group exhibitions worldwide. He is a fellow of the Sundance Institute, Goethe-Institut, India Foundation for the Arts, Arts Council of England and the University of Heidelberg.
Shirley and Amit founded Cave Pictures in 2015. The Cinema Travellers is their first feature length film production.
STILLS
A REVIEW
Lars Nilson - Austin Film Society
The 2nd Indie Meme Film Festival, showcasing the best in South Asian Cinema, starts this Thursday at the Arbor. They are showing what might just be my favorite doc of the year, THE CINEMATRAVELLERS, and I want to give it my tip-top recommendation.

The filmmakers follow a roving company of movie exhibitors who drive from town to town in a 70 year old truck that is outfitted with a 35mm film projector. They show films at religious festivals, market fairs, etc. We see their behind-the-scenes triumphs and failures as they traverse a rural India that we rarely glimpse.

Along the way we meet the ancient man who maintains the projectors. He takes us into his workshop and tells us his philosophy about the magic of 35mm.

We also inevitably confront the digital age as the company's impresario is forced to face the fact that his audiences want current stars in current films, which are digital only.

There have been very dry films made about the transition of film exhibition from a primarily 35mm based exercise to a digital one. Those films lack the poetry that is needed to convey the essential appeal and perfection of 35mm film exhibition. This film makes a much more profound statement on that theme than I would have thought possible. It's a revelation.

THE CINEMA TRAVELLERS unfolds like a Wiseman doc, it has no narration or ponderous exposition. One of the images that will always stick with me from the film is perhaps relevant here: as the company drives into a new town they employ kids from the village to go from door to door announcing the film. The kids work for free passes to the films. One child receives the perilous assignment to climb a tree with a very loud bullhorn and announce "ATTENTION CINEMA LOVEEEEERS!!!!!"

This movie really grabbed me. I hope it grabs you too.