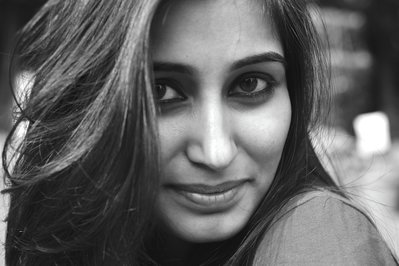 AAMER
DIRECTOR: AMIRA BHARGAVA
MENTORED BY: ZOYA AKHTAR
​
​SYNOPSIS
The film follows the life of 10 year old Aamer, a hearing impaired boy living on the streets of Mumbai. Although his world is devoid of sound, he has a romance with the colours, textures and moods of his city. One day, he and his mother succeed in acquiring a hearing aid for him. That night, Aamer hears sound for the first time in his life. But, come morning, this new ability to hear changes his beloved city forever. With the onslaught of noise into his previously peaceful life, Aamer begins to see that the world is not what he thought it was. This young child is suddenly left with a profound decision to make - is a peaceful life of silence better or a cacophonous life of hearing? 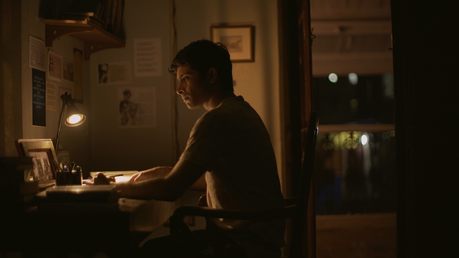 SYNOPSIS
Set against the socio-political backdrop of present day India,
Azaad unfolds the story of a dysfunctional relationship between a father and his son, within 48 hours of the father going missing.
Azaad is being presented by Mira Nair and has been written and direct ed by her long time associate, Rahul V. Chittella.
It features National Award winning actor Atul Kulkarni, Sakshi Tanwar, Siddharth Menon (Peddlers, Happy Journey) and Nandu Madhav (Harishchandrachi Factory)
. 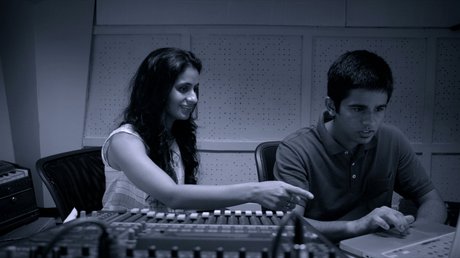 A few years into the future, a new regime has imposed stringent noise control rules. Citizens are no longer premitted to generate or listen to sound that cross the minimum audible threshold, not just in public but also in private. Any breach of the new rules has
serious consequences. Lina moves to the capital city but she is having trouble sleeping here because of the tightly controlled sound environment. She checks herself into the State Sleep Remedial Facility, set up for citizens who do not sleep well at home. For health reasons, they are provided either total insulation or permissible sounds of low dosage. However, the sounds and life rhythms that Lina longs for not available here. She is tempted to break the rules at the facility and when she is caught out by others who share the room, she is reported. Thankfully, the super
visor is a sympathetic man called Madhur. He gives her a break the first time around but then he discovers that not only is Lina unrepentant, she is also unapologetic. That she will seek access to the sound underground is inevitable. 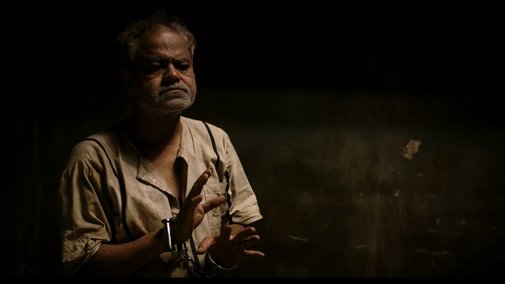 SYNOPSIS
Dhvani is a story of the last few days of his life a man spends in in Solitary Confinement for a crime that that only death can absolve him of. His only companions is silence and very strangely, hope.
When a man is caged, silence is his only companion. His memories and thoughts slowly quiet down and leave just a trace of existence. In a story that needs no names, unfolds at a place where your identity is defined by the uniform you wear and which side of the door is yours. Is there any hope for a man who awaits his final walk to the gallows? Is there anything in the world that will make him feel that he did live for these many years behind bars or was he dead a long time back? As we see this man patiently go through his last days alive, with acceptance and patience, we see a ray of hope in his eyes. He has just one question for the man who has seen him live through all the pain, suffering and a gradual loss of his life. What is the question? What does he want? As he goes through the procedures that seal his fate and push him further and further to his last breath, that ray of hope is all he can hold on to. Can a man so close to death, a man who is clearly not deserving of life, a man who the world outside has given up on, no matter the crime – can he hope? What does he hope for? As he is awakened to walk out of the four walls that soaked up all his energy, he walks towards the end he seeks. 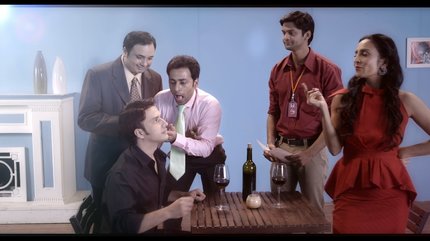 SYNOPSIS
They say they empower the consumer! They say that Customer is the King! Offers, packages, special discounts they sell him a lot of ‘schemes’!  From a paltry chaiwaala to the owner of a car showroom everybody has a product to sell! Welcome to the hilarious world of ‘Consumerism’.
Competing organizations create all the possible noise to lure a consumer. But in the midst of this all what happens to the voice of an innocent consumer is the essence of this short satire – Hell..O.. हेलो.
As they say, whatever you conceive manifests itself! The crew had a tough time coordinating with each other on their mobile phone. Just like a scene in the film, invariably, their communication on mobile phone never went beyond ‘Hello...Hello’! 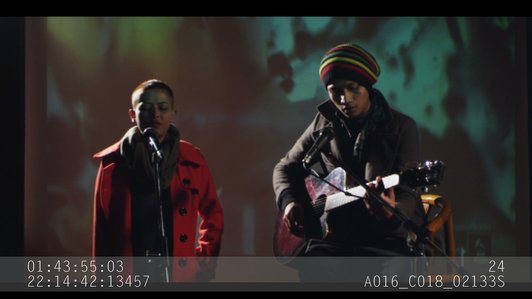 SYNOPSIS
MIA I'M is about how youngsters need to be more responsible towards themselves as well as others, on the social media, which is a tool that can condemn you as well as redeem you.

MIA I'M is a journey of a girl who takes charge of her life after a trauma, using her talent as a tool. 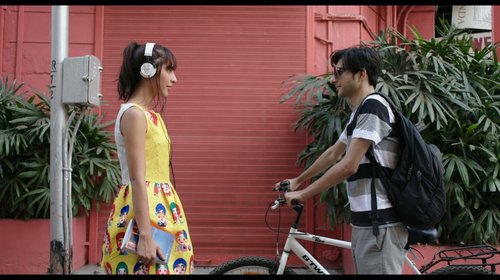 SYNOPSIS
Yellow Tin Can Telephone is the story of a girl who has an overdeveloped sense of hearing and a boy who has an overdeveloped sense of ‘association of colours’. The world is too noisy for her. The world is too colourful for him. He lives in black and white. She lives in silence. Far away from the noise of sound and colour, they find ways to trade their secrets.